The club hiked the Pass Mountain Loop today.  This is an 8-mile loop around Pass Mountain just north of Mesa.  Being a loop, you can hike it in either direction, clockwise or counter-clockwise.

If you hike in a clockwise direction, the first 2 miles or so is a my least favorite trail segment in Arizona — a trek at the base of the mountain, basically flat, but always climbing into or out of one of a seemingly endless series of washes (gullies to you Minnesotans).  Tiring and boring.  If you hike it counter-clockwise, well you’ve saved the worst for the last, but you still have to do it.  The group split roughly in half, doing the hike in two groups, one in each direction.

The most scenic portion of the hike is the first 4 mile segment if you go counter-clockwise, and it also is the segment with the best morning light.  So I had this great idea, I’ll just hike that segment, but twice — once in, and once out.  So I got the full 8-miles under my new boots, and avoided that hateful segment on the south base of the mountain.  The bonus was excellent rich morning light in the most scenic portion of the hike.

The start of this segment in this direction is a climb of about 1.5 miles to a saddle (between the two small peaks at the far left of the photo below).  This is a climb of perhaps 800-900 feet, fairly steady, so not too bad on fresh legs.

To the right of the “rocky” scene above, is a view (below) of an older smoother mountain range.  I wish I were a geologist so I could understand the forces which shaped this country. 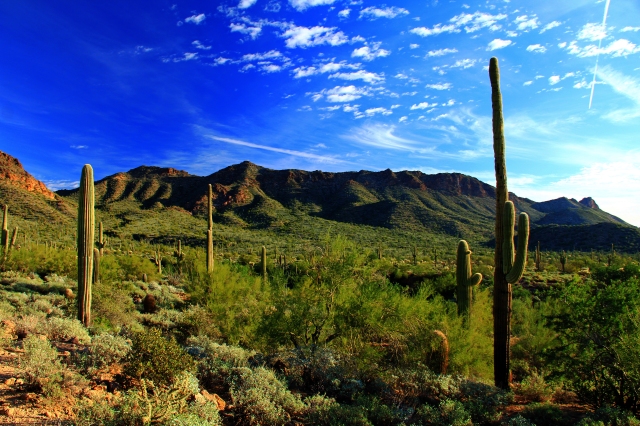 In the early going it is a very good trail, but gets pretty rough and rocky after about a quarter mile.

When you reach the crest of the saddle, a wide-horizon view of several mountain ranges opens to you.  In this first view from the saddle Four Peaks is the “blue” mountain at the far right horizon.

I hike another 2 and half miles until I met the leading guys from the clockwise troop.  This segment of the hike circles around the north side of the mountain.  There isn’t a lot of scenery in the immediate environ of the trail, but a lot of nice long-horizon scenes to the north.

Here are a couple. 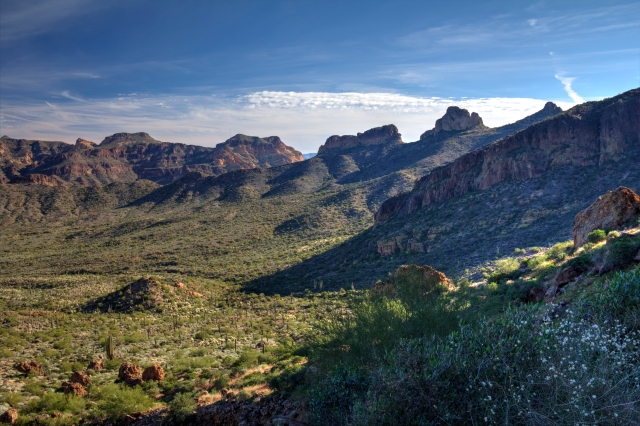 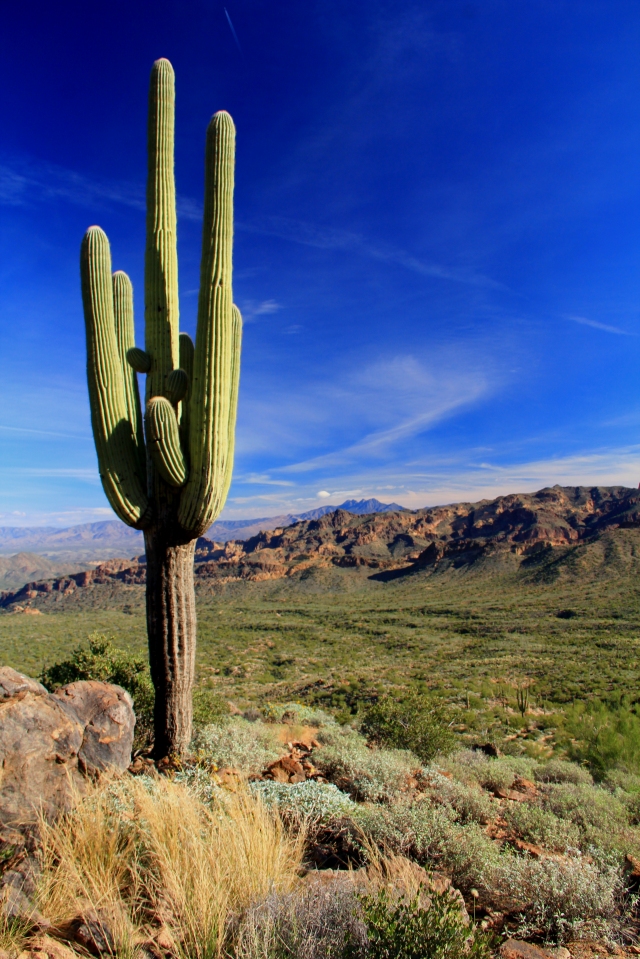 After a lunch pause at this skeletal cholla I joined the second group of hikers and returned with them to the trailhead.

Nearing the trailhead, this view of Flatiron was a nice ending to the hike. 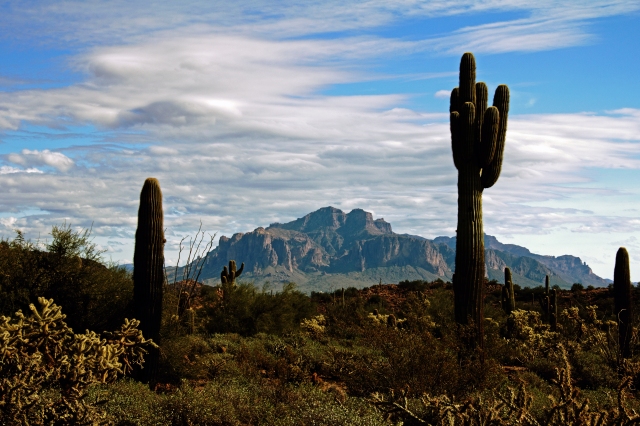