This was an ambitious hike, lots of elevation, over a sometimes not-so-obvious trail.  When you go be sure to carry extra water, gloves (a few segments of the route require a four-point stance), and sturdy ankle-support shoes.  Not trying to scare anyone off …. this is a very “do-able” hike, and the trail has been sketchily cairned.  Just sayin’ to keep a part of your attention in “navigation mode”.   Disclaimer complete.

The first leg of the hike is the familiar trek up Hieroglyphic trail to the pool area. 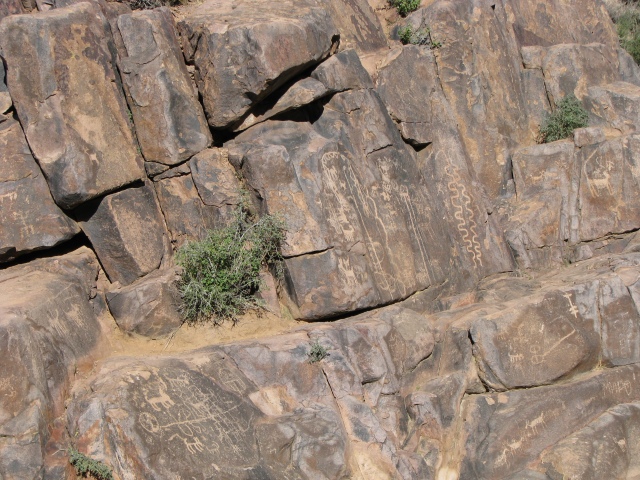 Take break and rest your legs, because you’re now heading into a very vertical environment.  I’d estimate that the mile-and-a-half between here and the upper pool gives you about 1,500 feet of altitude gain.

Travel is in a wide uphill canyon, generally on the upper talus of the right (east) side of the canyon.

After about 3/4-mile the route transitions from talus to vertical surroundings.  The scenes are spectacular. 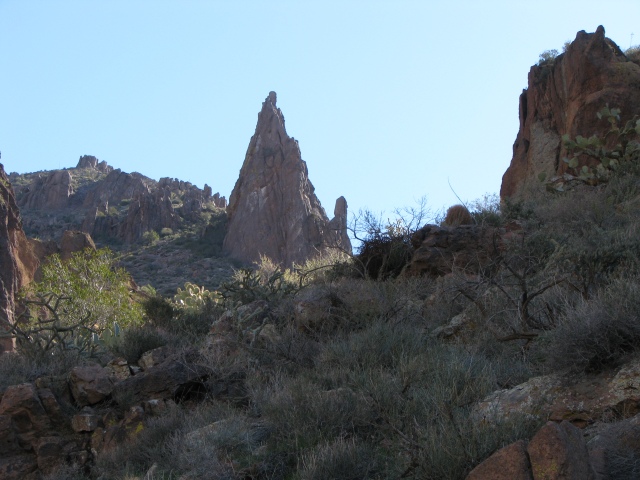 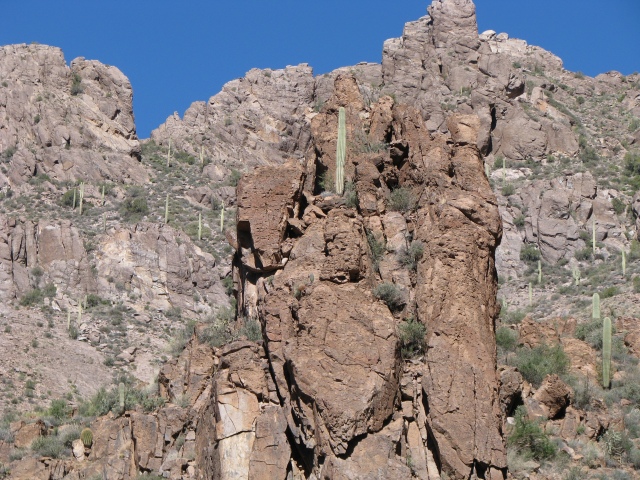 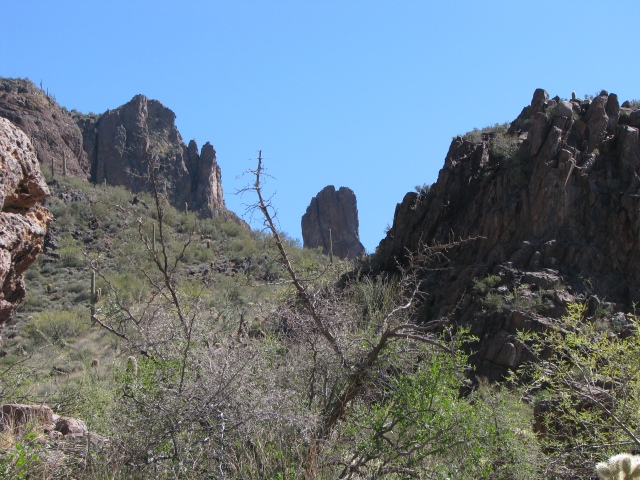 Sometimes you need to look back and see where you’ve been.

The closer you get to the rim, the rockier the route. 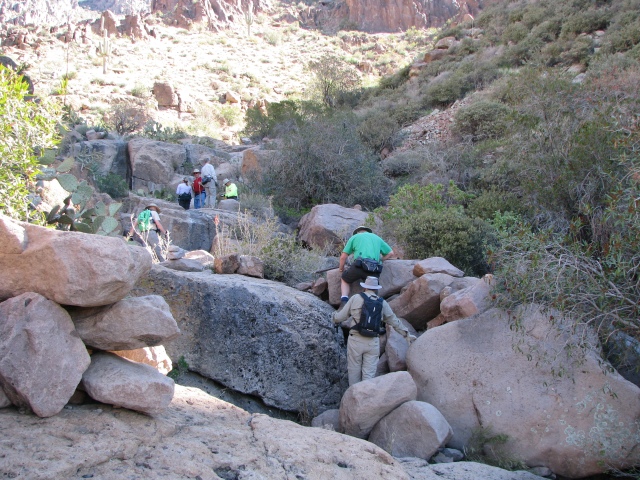 Eight of us made our destination the upper pool where we had lunch, then headed back down.   We learned by radio that the remainder of our groups gained the 5057 summit about an hour later.

I want to thank Dana and Debbie for the pioneer and missionary work on this spectacular route, and especially Debbie for volunteering to lead us after Dana feigned a sports injury on the softball field to avoid being our leader. 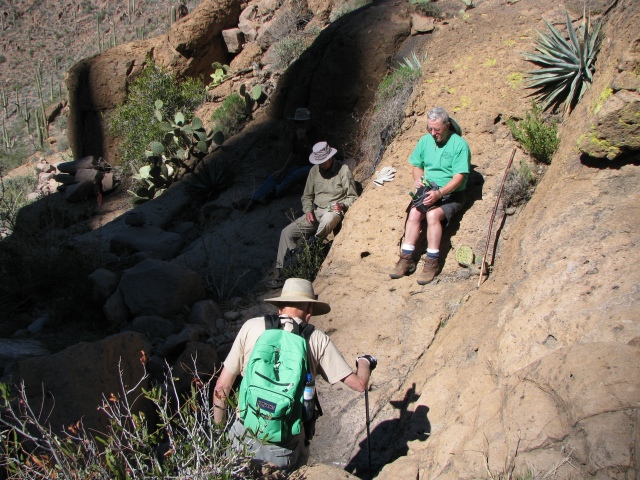 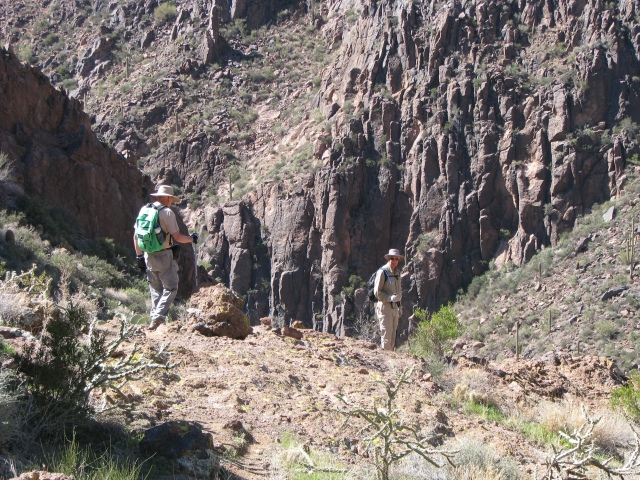